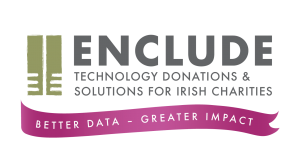 “Working with Enclude to transfer our CRM system has helped us to save countless hours of valuable staff time from administration and allowed us to invest time where it matters with the change makers we support in our post primary schools working to eliminate LGBT+ bullying.”

BeLonGTo contacted ENCLUDE initially in November 2015.  They had just received a large bill from their current CRM providers to continue hosting their fundraising CRM.

Easing the burden of Admin for Community Workers – Enclude join in the de...
We use cookies to ensure that we give you the best experience on our website. If you continue to use this site we will assume that you are happy with it.I AgreePrivacy policy
Scroll to top